Boys from the Endeavour (Caringbah), Mount Druitt and Dubbo Academies rubbed (very tall) shoulders with some of the NBLs best in February, thanks to Clontarf partner Gilead Sciences. 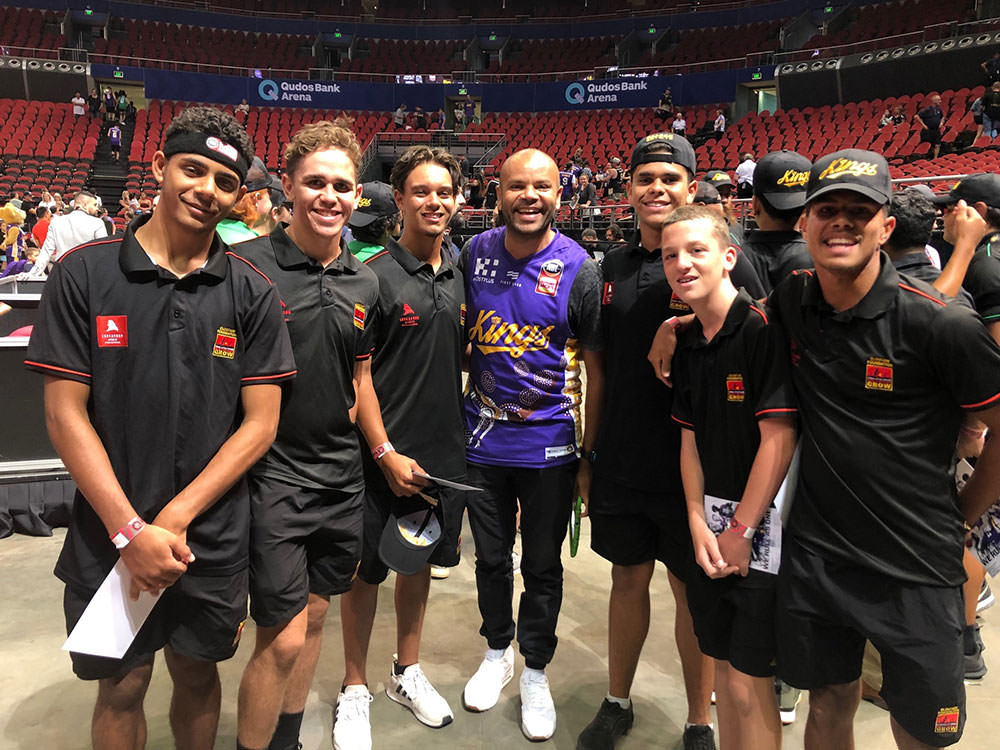 The boys joined 10,000 other cheering fans at Qudos Bank Arena as the Kings took on the Cairns Taipans in the final regular game of the season.

Prior to tipoff, the boys were presented to by Indigenous leader and former NRL player Preston Campbell, who spoke to them about pride, culture and resilience.

The jersey worn by Kings players during the game was designed by Bidwill Academy member Cliff Leveridge, who was understandably proud of his achievement.

“On the front is the kangaroo as the keeper of the land, highlighting the speed and agility of the basketball players,” Cliff said.

“The spears represent the hunters and gatherers, and the waterholes represent people moving across the land.”

Following the game, the boys got to walk onto the court to meet players and snare jersey signings from some of their highest profile players, including ex-NBA superstar and NBL most valuable player Andrew Bogut.

Clontarf would like to thank Gilead Sciences and the Sydney Kings for providing an experience the boys will never forget!