“Originally I just went there to go for a kick of the footy and ended up graduating from school.”

The statement by 2002 Clontarf Academy alumni Daniel Reardon elicited cheerful laughter from the 180 audience members at Clontarf central office in Perth this week. The crowd, comprised of Clontarf partners, alumni, students and staff members had gathered to celebrate the latest group of Clontarf Year 12s from across the Perth metro area who were about to embark on their all-important leadership camp.

Daniel was joined by 14 other members of the Clontarf Academy Graduating Class of 2002 who were brought back together, scarcely a kilometre away from where they graduated, to celebrate their achievements and demonstrate to the current Year 12 students what they could achieve by graduating.

Many of the 2002 alumni joined the inaugural Clontarf Academy in Waterford, WA in 2000 as Year 10s and represented the very first group of alumni who went through three full years of the programme. 20 years on, they’ve since entered successful careers, purchased properties, started families and travelled overseas.

One of the highlights of the event was the opportunity for the 2002 alumni to re-enact an iconic photo taken of them on the day of their graduation.

Clontarf Foundation CEO Gerard Neesham, who founded the inaugural programme at Clontarf Aboriginal College in Waterford in 2000, reflected back on the photo and its significance.

‘I still remember what was so exciting about that photo on the day it was taken,’ Gerard said.

“These boys were wearing leavers shirts, with their mates’ names on the back. They were the first leavers of that school and they were excited because they knew they were going onto something really exceptional.

“I remember talking to Ross Kelly (Clontarf Foundation Chairman) at the start of 2001 about how exciting it was that we had the opportunity to help these boys, who had just finished 40 weeks of school as Year 10s, to progress through another 80 weeks as seniors.”

Gerard praised the alumni group for their initial commitment to school and their capacity to act as role models for future generations of Clontarf academy members and young Aboriginal and Torres Strait Islander men generally.

“If anyone deserves credit, it should be these young men who stayed at school and were determined to change attitudes towards schooling. They saw school not as a place to be dreaded, but a place to be enjoyed and a place to feel fulfillment. To challenge themselves, and to see it as something that once you complete it, your life can be anything.”

A reunion dinner to honour the 2002 alumni was held later that night and was attended by a number of senior business people and representatives from Clontarf partners, including Wesfarmers Chairman Michael Chaney who was CEO when Wesfarmers became the Foundation’s first ever corporate partner back in 2001.

We would like to thank our partners for attending both events and for continuing to show their support of Clontarf boys young and old. We would also like to thank our 2002 alumni for taking the time to come back to their place of graduation and for continuing to be role models for future generations of young Aboriginal and Torres Strait Islander men.

Finally, we would like to wish all 850 of our Year 12s right around the country the very best of luck in their final year of school!

“From an early age I was always willing to put my hand up to help people,” said Geraldton Academy (WA) alumnus Tyson McEwan. This desire to aid others was a…

Almost 90 per cent of Clontarf graduates from the South Burnett and Darling Downs were working or studying within the first six months of leaving school in 2018. It’s attitude… 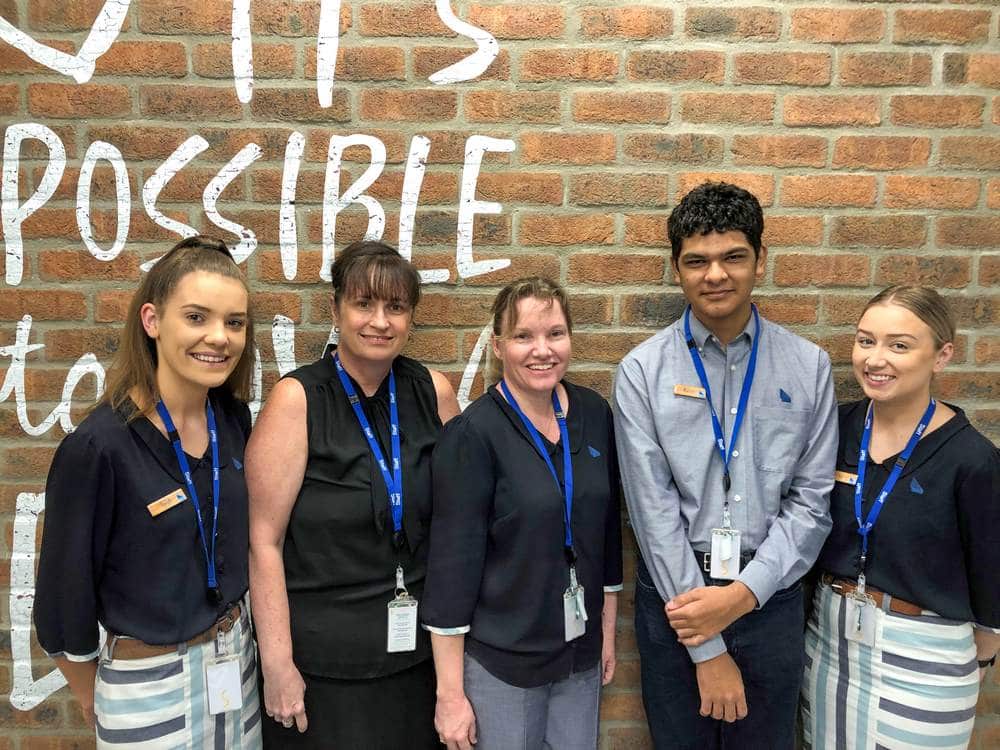 After being out of school for only seven months, Marcus Sevallos has made a significant impact on his employer, family, community and academy peers. The Trinity Bay Academy (Cairns, QLD)…

Mr Neesham is a dentist who has considerable experience in the State Public Service, serving as a Member on the Dental Board of Western Australia, Director of the Dental Health Services – Health Department of WA, Member of the Faculty of Medicine and Dentistry – UWA, Councillor of the Australian Dental Association, Chairman of the WA Sports Council and Chairman of Healthways Sports Committee. He was also an Australian Olympic Water Polo Player (four times, twice as Captain).

Mark Riley was appointed Zone Manager – Victoria and South Australia in November 2018. He was a volunteer and part-time employee of the Clontarf Foundation from 2000 to 2002 and returned to the Foundation in a full-time capacity as Partnerships Manager – Victoria in 2015. Mark previously worked in education, financial services and spent two decades as a coach in the AFL.