The boys at Fremantle Academy (WA) are kicking part-time employment goals with five students now working at Kmart in Kardinya. 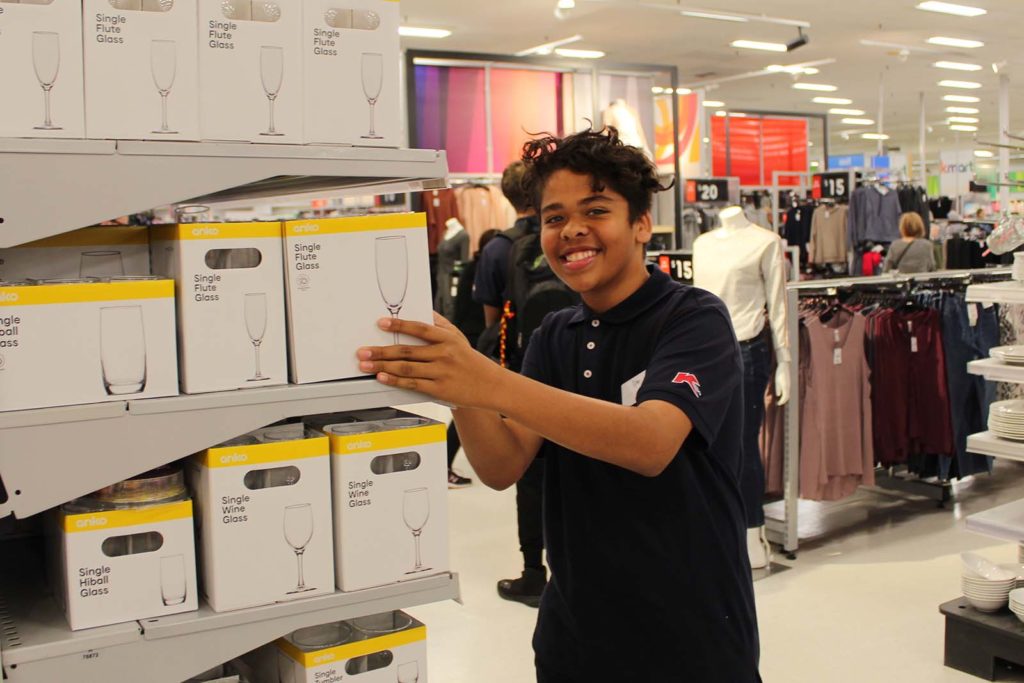 The boys had their first shift in late May and received their first pay this week. Needless to say it was an exciting experience for them!

This fantastic employment outcome was achieved as a result of a meeting between Fremantle Academy Operations Officer Ashton Hams and Kmart Kardinya store manager Will Gould during the Clontarf Perth Employment Dinner held at Claremont Football Club in April.

Their discussion resulted in a visit by four of the academy boys to the  store where they were shown the various departments and types of jobs they could potentially apply for. The four boys were promptly offered positions due to their keen interest in the roles and clear desire to work while they continued their studies at school.

During the induction process, a fifth student was included into the ranks.

The relationship that has formed between Fremantle Academy and Kmart Kardinya is growing into a strong partnership and is leading the way for the other young men in the programme who are looking to enter the work force through part-time employment.

We want to thank the Kmart Kardinya staff for welcoming our boys on board and we look forward to checking in on their progress later in the year.