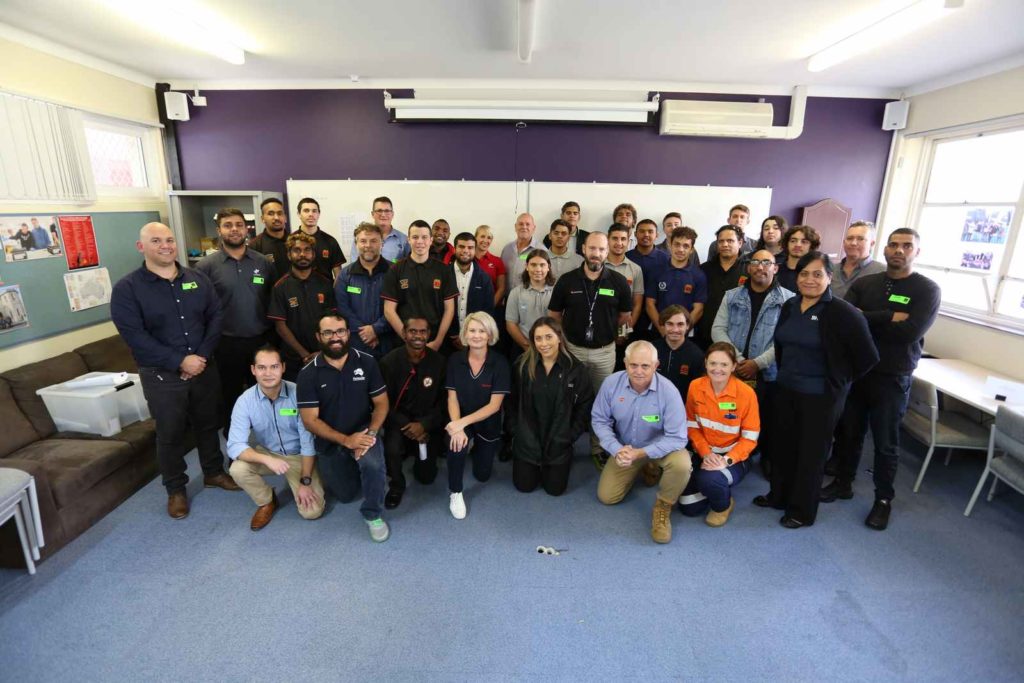 The Forum was designed to introduce boys who were interested in pursuing a trade post-school with local employers who were offering apprenticeships and other opportunities.

The group engaged in a number of interactive activities including round table discussions, presentations and one on one discussions.

Clontarf Employment Officer Andrew McGovern said the Forum had already paid dividends for a number of the young men who attended.

“Two boys have been offered jobs and several others have been encouraged to apply for positions thanks to the Forum,” he said.

“Because the Forum was targeted at pairing up interested boys with companies that are genuinely keen on bringing on young Aboriginal and Torres Strait Islander men as apprentices, we had some immediate outcomes which is a fantastic achievement.”