Five Clontarf students were brimming with new aspirations and left floating on air after a Brisbane Careers Camp exposed them to new possibilities. 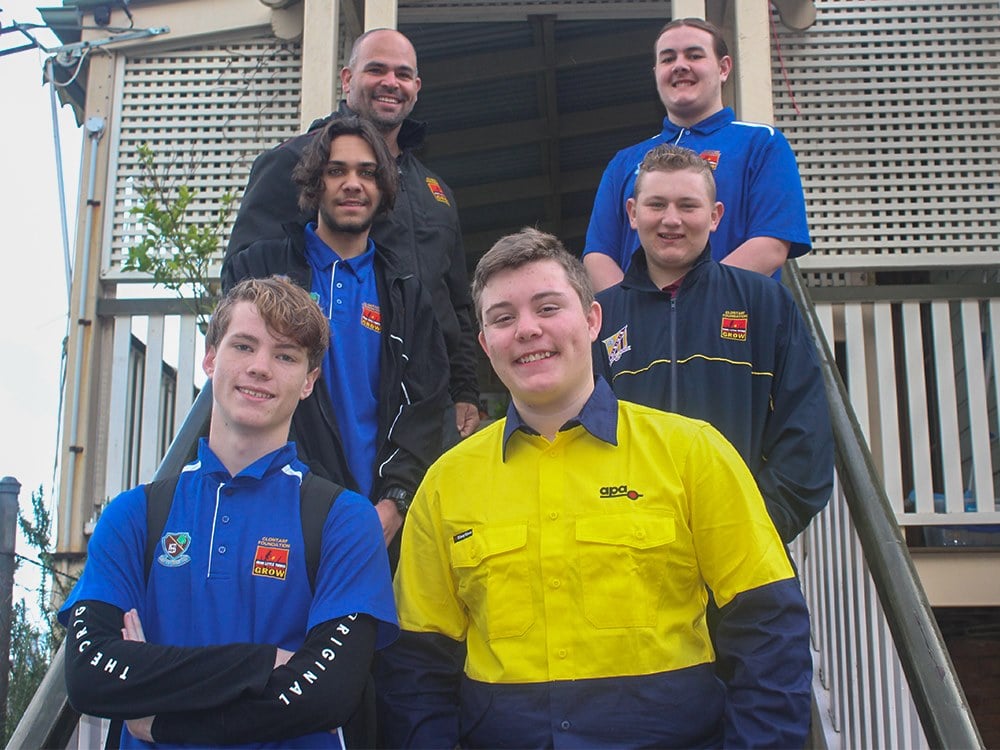 Ryan Slack would not get out of his work clothes to go to the cinema with his work-experience mates because he felt so “swag” after his first day with the Bank of Queensland.

The Toowoomba Year 12 student had just spent a day dealing in “figures you couldn’t comprehend” and was feeling a billion dollars.

Ryan was joined on the June 23-28 camp by his fellow Harristown Academy members Jason Green, Dre Robinson and Zhane Thompson, along with Dalby’s Callum Cain.

The Clontarf partners filled the senior students’ days with well-planned activities.  Everybody within the companies knew what was occurring and created an invaluable experience for the young men.

Callum loved his time at Thiess.

“The people were good,” he said. “They made sure you learned stuff and explained it to you.  I don’t think they could’ve done anything better.”

Zhane was equally excited about his time at APA where he was farewelled with a Friday morning barbecue.

On his way home he looked out the window and said “I love the city”.

Like the other young men Zhane no longer places limits on his aspirations. He and the other students lived at the Indigenous Youth Mobility Program’s (IYMP) house in Cooparoo with university students from Darwin, Mossman, Arukun and Rockhampton. Each day the group caught public transport to work and back, helped keep the house clean, made their lunches, toured Brisbane and went to the cinema.

Ryan moved from the Bank of Queensland to Suncorp on his last two days and said: “I’ve really enjoyed the whole week.  It got me out of my normal routine and I got to see what it was like in corporate life. I thought that was really fun.  I want to work in the city.”

Jason best summed up his time at Thiess and all the participants’ involvement when he said: “The people were friendly.  It was amazing. I don’t think they could’ve done anything better.

“The whole experience was great.  It was a good opportunity and I can’t thank Clontarf and everybody that was involved enough.