Welcome to the final Clontarf Quarterly for 2018. Term 4 is always an especially busy time of the year as our boys work towards completion of their studies, celebrate their successes at awards nights and let off steam during end of year camps. 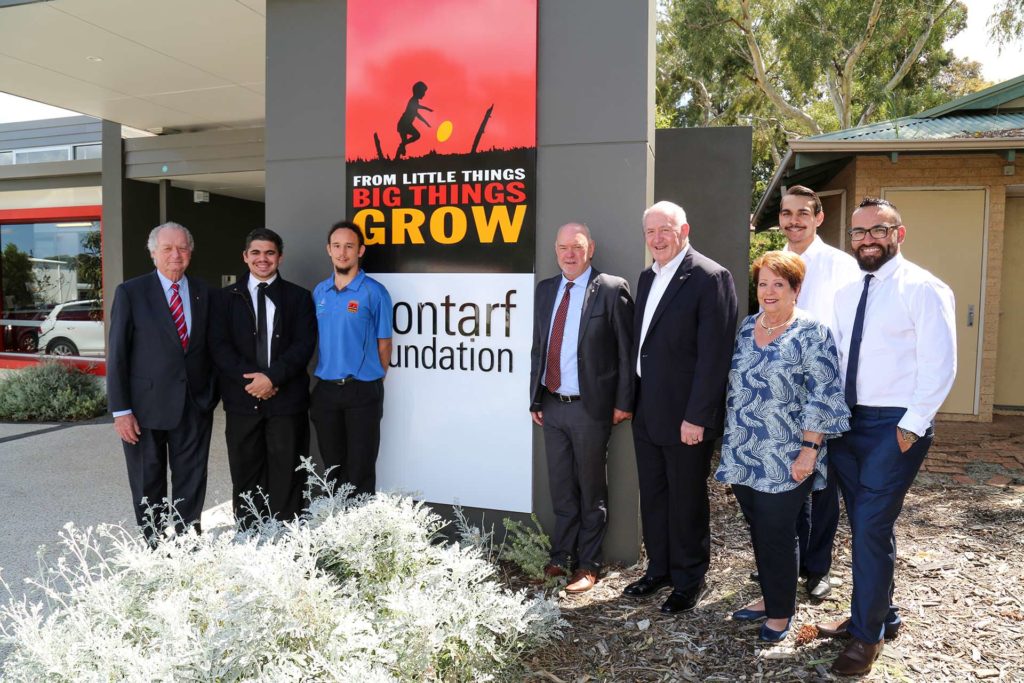 While our full year results are not yet final, early indications suggest we’ll exceed our exceptional 2017 results despite opening only a single new academy. Our final enrolment exceeded 6,000 participants and more than 550 Year 12s completed their studies. In particular, I want to acknowledge the Trinity Bay Academy located in Cairns, QLD which opened in early 2017. 45 of the academy’s Year 12 students completed their schooling this year – a Clontarf record by some margin.

Guiding these boys to these terrific results are the 357 dedicated Clontarf staff who worked tirelessly throughout the year. Thank you for your commitment to our boys and enjoy your well-deserved break.

We welcomed a number of special guests to our academies and offices throughout the term including our Patron-in-Chief, the Governor-General His Excellency General the Hon. Sir Peter Cosgrove AK MC (Retd) and Lady Cosgrove who visited the Clontarf central office in Perth in October. Their Excellencies interacted with staff, listened to inspiring stories from Clontarf alumni and presented medals to our boys. It was a terrific experience for all involved.

I also want to acknowledge the Prime Minister the Hon. Scott Morrison who visited the Clontarf Academy in Waterford in October, much to the delight of the 50 boys from the Perth metro area who gathered to meet him. The Prime Minister also hosted Ross Kelly (Clontarf Chairman), Jeff Hardy (Endeavour Academy Director), four Endeavour Academy boys and I at the Prime Minister’s Royal Reception in Sydney in October. Our boys were able to meet with 200 significant public figures including the Duke and Duchess of Sussex, Prince Harry and Meghan Markle. I want to thank the Prime Minister for his support in 2018 and I look forward to working with him again in the New Year.

The Foundation was again well supported by some of our corporate partners, with a range of events hosted on our behalf. APA Group CEO Mick McCormack hosted a lunch in Sydney which was attended by Federal Treasurer the Hon. Josh Frydenberg and NSW Treasurer the Hon. Dominic Perrottet, while Rio Tinto Group Executive Joanne Farrell and Chief Executive Iron Ore Chris Salisbury hosted a lunch in Perth which was attended by representatives from their associated contractors and businesses. Without the support of our partners, the Foundation would cease to continue.

2019 is set to be a momentous year as we commence inaugural operations in South Australia, expand our reach in New South Wales and open another academy in WA. I’ll be sure to keep you up to date of our progress in our first Quarterly next year.

Thank you again for supporting the Foundation in 2018. I wish you and your family a very Merry Christmas and a safe, Happy New Year and I look forward to speaking with you again in 2019.