Cricket is a major part of the Clontarf programme during the summer months and one of the biggest events on the calendar is the Imparja Cup held annually in Alice Springs. 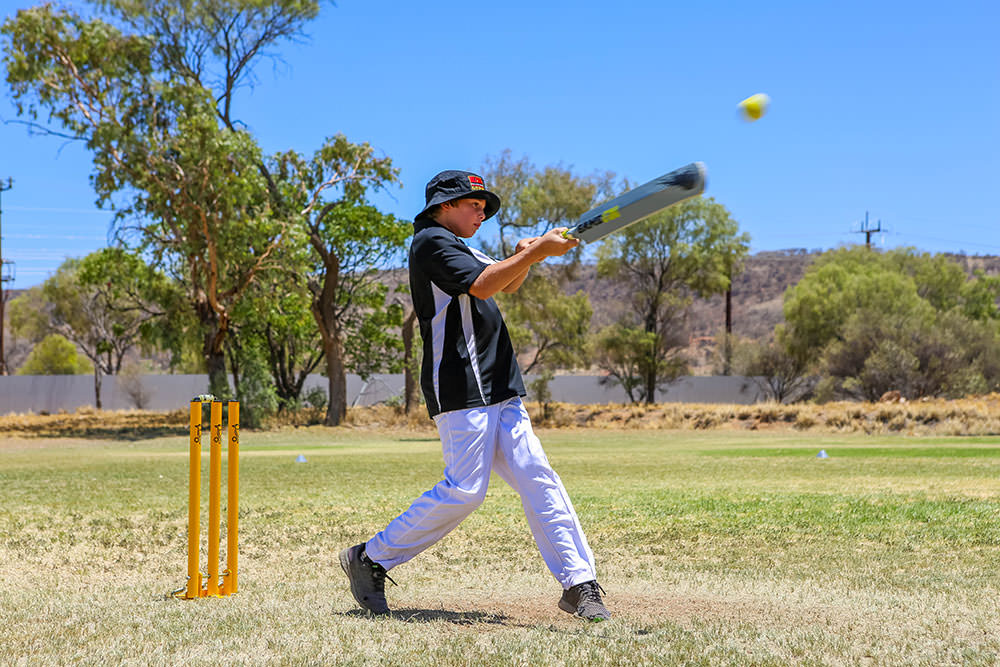 Budding cricketers from Centralian Middle, Yirara and Tennant Creek Academies padded up for the Clontarf Schools Division which saw teams battle it out over eight games across two pitches.

The games were played in typical Clontarf spirit and all boys demonstrated strong sportsmanship on the field and excellent behaviour off it.

The visiting Tennant Creek Academy team coasted through their regular games and were rewarded with a berth in the Division Grand Final against Alice Springs champions Yirara.

Both teams hit big shots and knocked over plenty of wickets, but it was Tennant Creek that ultimately claimed victory, going undefeated on the day.

Tennant Creek Academy member and team captain Boyd Cook said he and his team mates enjoyed the opportunity to test their cricketing skills against other boys.

“We really enjoyed travelling to Alice Springs to play cricket as we don’t get to play very much because there is no junior cricket in Tennant Creek,” Boyd said.

“We got to make some new friends and catch up with some old friends too who have moved to Alice Springs this year.”

The Foundation would like to thank the NT Government as well as Clontarf partners Cricket Australia and Yeperenye for providing such a worthwhile opportunity for our boys to engage in the sport they enjoy.