Skip to content
The boys from our Dubbo and Endeavour (Caringbah) Academies had the privilege of meeting royalty in October with the arrival of the Duke and Duchess of Sussex, Prince Harry and Meghan Markle, to Australia. 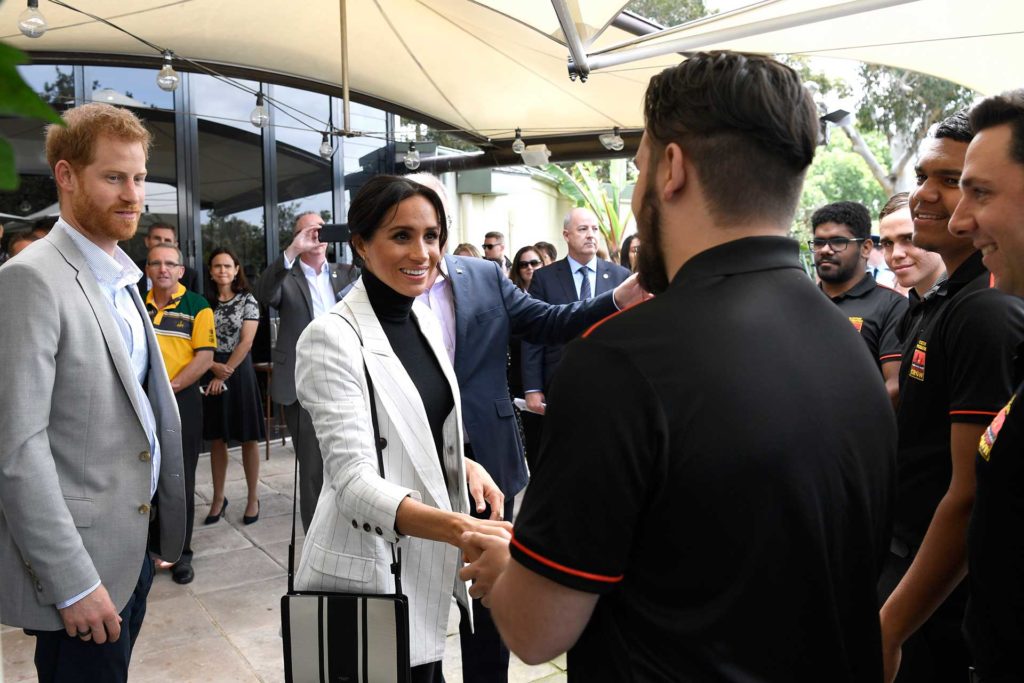 With a substantial media and security throng in tow, the ‘Royal Couple’s’ first stop on their Australian odyssey was Dubbo Senior Campus to meet with students. Initially a game of footy involving the Dubbo Clontarf boys and the Duke had been planned, however the weather intervened and forced the game to be cancelled. The Dubbo boys quickly learned that every cloud has a silver lining, as the Duke was able to spend more time in the academy room to talk directly with them.

Dubbo Senior Academy student Quincy Ross said despite being nervous, he relished the opportunity to shake hands with the Duke and guide him on the tour of the academy room.

“I was very nervous at first but also very honoured to be able to talk with Harry,” Quincy said. “They are down to earth people and are willing to have a laugh.”

Not to be outdone, the boys from Endeavour Academy in Caringbah attended a special function involving the Duke and Duchess hosted by the Prime Minister the Hon. Scott Morrison later that week.

“The boys were thrilled to meet the Royal Couple and were stunned that Prince Harry had such a good understanding of the programme already,” Endeavour Academy Director Jeff Hardy said.

The Dubbo and Endeavour boys would like to thank the Duke and Duchess as well as the Prime Minister for these once-in-a-lifetime opportunities.