Skip to content
There was loud applause at the Clontarf Academy in Waterford, WA in early October as the Prime Minister the Hon. Scott Morrison kicked goals, literally and figuratively, with young men from our WA-based academies. 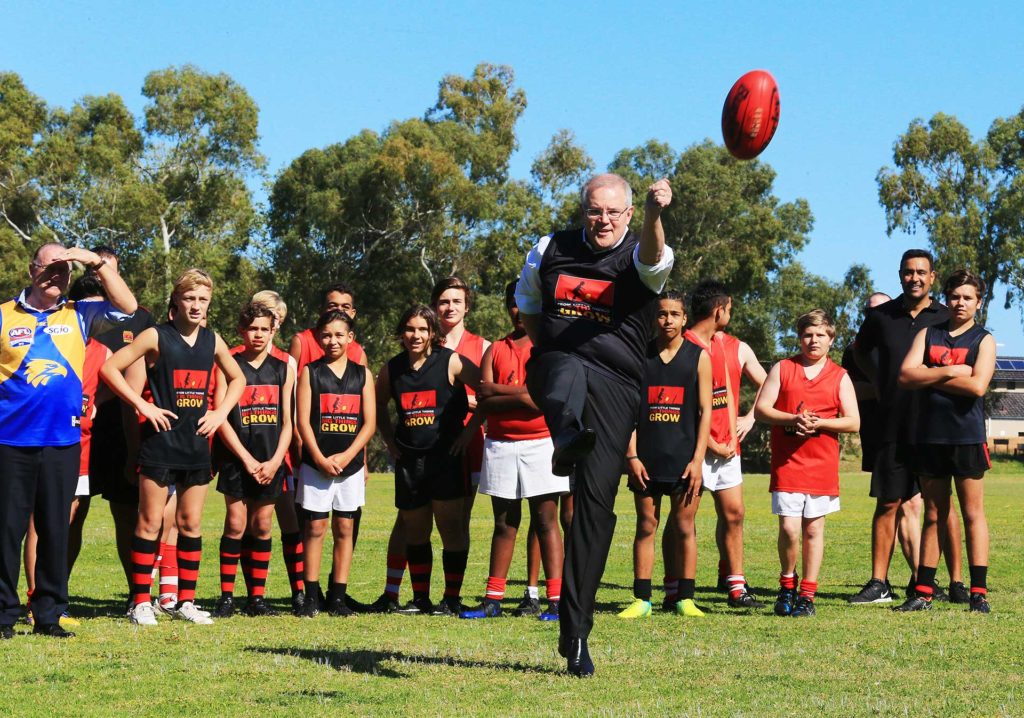 The Prime Minister, who is a long-time supporter of the Foundation, was joined by the Member for Swan the Hon. Steve Irons for a morning training session and barbecue breakfast with boys from across the Perth metropolitan area and Northam.

Despite being the second week of school holidays, close to 50 young men from Cecil Andrews (Armadale), Northam, Swan View, Yule Brook (Maddington) and the new Fremantle Academy gathered at the beautiful grounds of the Clontarf Aboriginal College for the chance to mingle with the Prime Minister.

The boys who attended were given the opportunity due to their excellent school attendance and behaviour at their respective academies. During breakfast, the Prime Minister praised these young men for their efforts and reinforced the importance of finishing school.

The Prime Minister also spoke at length with Clontarf alumni and heard their stories of success since graduation from school.

All of the Clontarf boys, alumni and staff in attendance would like to thank the Prime Minister and Mr Irons for visiting and providing such valuable support to our Foundation. We would also like to thank Principal Troy Hayer from Clontarf Aboriginal College for providing access to the grounds, particularly during school holidays.