In early March, 40 of the Clontarf Foundation’s Perth metropolitan Year 12 boys were treated to a driver education and awareness day at the Driver Risk Management facility near Perth Airport.

They were joined by Minister for Police; Road Safety; Defence Industry; and Veterans Issues, the Hon. Paul Papalia CSC MLA who spoke with the boys about the importance of having a driver’s licence and about making good decisions while on the road and before getting in a vehicle.

The day consisted of three rotations with the first including a presentation from road accident survivor, Koonah Ruru. Koonah spoke openly and honestly about how he became a quadriplegic due to some poor choices as a young man that ultimately led him to being in a vehicle with a drunk driver who crashed and caused his lifelong injury.

The second rotation had the boys test their driving skills against each other during a series of driving simulations.

The final rotation saw the young men strap the seatbelts on and hit the track in vehicles under the guidance of the Driver Risk Management instructors. The instructors put the boys through their paces as they faced several challenging scenarios.

“Many of the Cecil Andrew Academy boys are currently taking professional lessons thanks to the Road Safety Commission,” he said. “The safety day, combined with these lessons are great ways to build our confidence, knowledge and skills for when we finally get our P’s.”

The Foundation would like to thank Minister Papalia for his time and for the WA Government’s ongoing support of the young men in Clontarf programmes around Western Australia.

The Foundation would also like to thank the Road Safety Commission for the support it provides that allows these young men to become independent, confident and safe drivers. 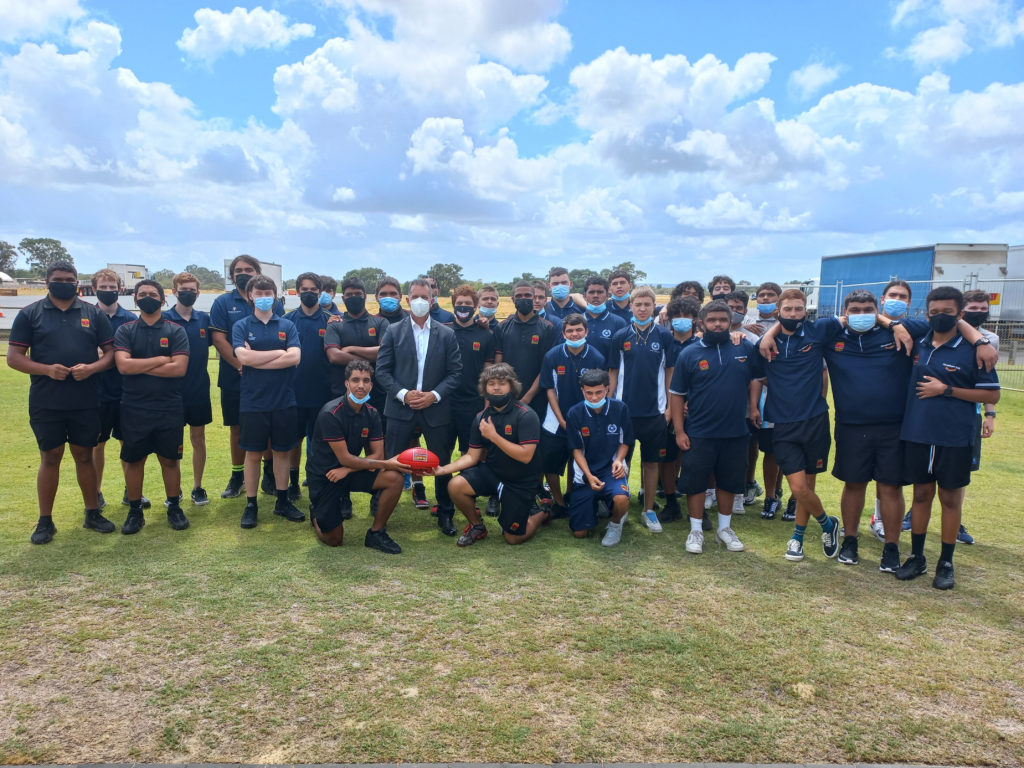